Arrived to Nicaragua, so different. It’s a flat country and everything’s spread out. No tall buildings, tallest was a 7 story bank. Streets are wide with tons of roundabouts, very light traffic.

Few minutes in we already ran into kids on the street begging for cordobas, (Nicaraguan currency). They came up to the window saying “Oye chelito dame un cordoba?”. One of the kids almost got hit by a car when crossing the streets. Split second terrifying.

Gmo’s house is beautiful. It’s up in the mountains where it’s cooler and strong lake winds blow. There’s a courtyard in the middle of the house that’s wrapped by bedrooms, living rooms and the kitchen. Pretty open concept. Ceilings are massively high so it’s always cool at floor level.

First night out was insane. We pre-drank at Gmo’s back house, downing jagger bombs and saber tooth shots (dark and light rum straight from the bottle) every few seconds. Vodka and coconut water was the drink of the night. Couldn’t have been funnier. Nightclub was fun too. Half Outdoor patio styled, patron shots, singing and dancing whatever we recognized. Everyone could tell we were a bunch of drunk tourist fools. 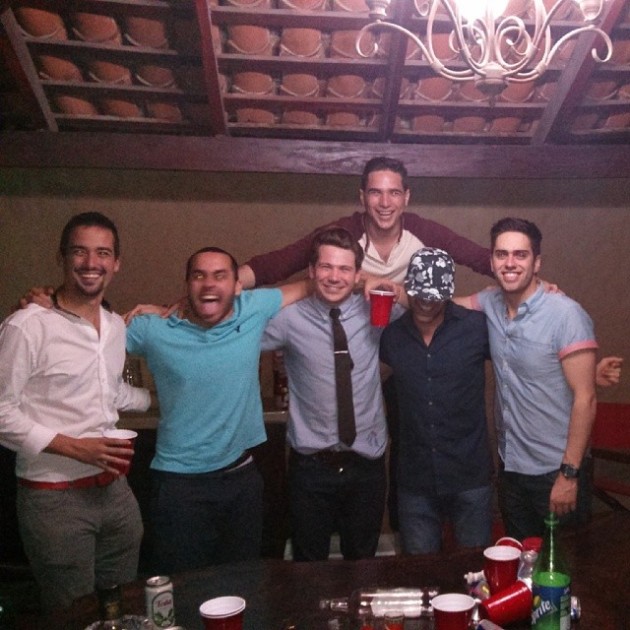 Shit got rowdy back home. What began as just us eating a couple pizzas ended up with broderhood initiation, pizza tossing, egg cracking, papaya throwing and a couple of other non-sense shenanigans that are better not mentioned.

A beautiful first day in Nicaraguan paradise. So pumped for what’s to come.